Well we are off to Boston. Huh. Bawstin…

So far the day has been meh. A 5:30 start, I missed the offramp onto Calgary Trail, then we were offered separate seats so we tried to change them. That resulted is a pseudo-standby status until we hit the gate.

Passing through security we spotted Justin Trudeau going through the Nexus line. Didn’t see him in the lineups for our Ottawa leg though. Tall.

We got seats (we were worried for a minute) but they are separate. Our pilot keeps forgetting we are going to Ottawa as opposed to Montreal. Maybe we are just not destined to go to Boston. At least I’ll get to watch Guardians of the Galaxy. ???? Anyway… A huge puff of oily smoke just came out of the port engine as we were backing. This keeps getting better and better

Well. Not dead, maimed or other.

A 2 hour layover in Ottawa.
An hour and fifteen crammed in a Dash 8 against an ice cold bulkhead (still separate seats).
A 25 minute wait for a taxi.

This day was out to get me.

That’s why at about 12:30 the two young (twenties) girls in the next room came home and started laughing, inviting ‘Steve’ from down the hall, having speaker phone conversations and ordering takeout.

Well we finally got some sleep.

Morning brought about the inevitable clash if methodologies. L is here for a two day conference. She’s delivering a paper later this afternoon. I’m here to hang. My ‘hanging’ is generally based on careful research and timing that allows me to relax and be confident with schedules, mobility and general knowledge of my environment. L is pretty much the opposite.

Eventually we sorted it out by me waiting patiently for her to board the shuttle to the conference and then starting to get organized. She thought my slightly amused smile of tolerance was about her non-linear worry/rant about the nature of Christ’s corpus. I was just smiling at the absent minded professor impression and wondering if she would actually make it to the conference.

But you know what they say: different strokes; different folks.

I asked the front desk for a 60 second MTBA primer and headed off to the train. I hopped the above ground Green Line C train and headed NE. It cost 2 crisp American bills–the driver waves off the third saving me 65cents. I had intended to get off at Copely and transfer to the E line to hit the Fine Art Museum but decided to ride until the end of the line.

At North Station I got off and bought a 7-day pass for $19 and the reboarded a Green Line train to Science Station. Back above ground this station is actually on a bridge over the river. Great view.

The Science Museum was ok. A bit too kid oriented but I guess that’s what we expect in this day and age. Some tattered remnants of the old Natural History museum that got subsumed by the new ‘science’ orientation. At least there were still dioramas.

Back on the train I did the Green-Orange-Blue zigzag because of the closed station that connects Green and Blue, but bailed and went above ground to walk to the waterfront rather than wait for the train. I grabbed a dog and talked poppy with the vendor. Actually a young lady in the Haymarket Station had already asked me where I’d gotten the poppy. Canada was too far for her though.

Note to tourists: traveling on the Remembrance Day weekend with a Canadian poppy to the U.S. will make for a few friendly conversations. I’m up to 5 now. One guy recited all the provinces West to East, including territories, and only skipped Nova Scotia and PEI. Sort of mixing New Brunswick, Nfld and all the rest together.

I hummed and hawed and finally hopped on the water bus to the Boston Navy Yard to check out some ships. The USS Constitution to be exact. Old Ironsides. Oldest “active” warship in the world. Alongside was the USS Cassin Young, a WWII era destroyer. That’s where I heard the provinces recited.

Then it was back to the dock to try and catch my boat back to downtown and hopefully a train back to the hotel. A texting mixup had L upstairs and me in the bar but eventually we met up and headed out for Korean BBQ & Sushi.

Then it was bedtime for bonzos. So tired.

Nope. No Nathaniel Hawthorne here. Or was that the other guy. Henry… Henry James. Ya, that’s the guy.

No plans for the day. U checked out a few local eateries for tonight and grabbed an inbound train.

And then it broke.

The offloaded the lot of us at Cowley and said catch a shuttle bus to Park. Right. Catch a bus. Along with fifty zillion others. I started walking east. Commonwealth Avenue has a great path/park down the middle of it so off I went. At some point u decided to turn south to see if I could reboard but while I found the closed Boston Public Library, I also found the closed Copley Station. Seems I would have to walk to Park.

Down the street, across the Public Gardens, and through Boston Common. I stopped in at the Visitor Center there for a better map and asked about the Aquarium and the other art museum. Initially I thought Aquarium but abandoned it for a better transit plan.

Down a few narrow streets and I found the Orange line. One stop to South Station and I went looking for the Silver Line. I couldn’t find it. The reason I couldn’t find it was I found out (after I enquired) that the silver line was a bus. An underground bus. A bus… That drives through underground tunnels. Like a train, but a bus. Underground.

One more quick ride and I was in South Boston and the Seaport District that is undergoing renovation and revitalization. Which made finding the museum a bit problematic at first but eventually the signage pointed out pedestrian pathways and I arrived.

Today is the Fiber Sculpture 1960-Present show at the ICA (Institute of Contemporary Art) featuring artists like Sherri Smith, Kay Sekimachi and others. C you would love this. You really need to get that loom weaving. I did a couple galleries and then rested my feet watching short films about the artists in this awesome cantilevered galleria overlooking the harbour. 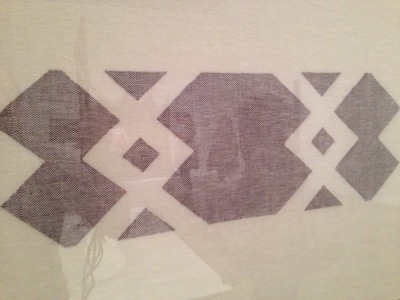 One other artist of note was Beryl Korot who originally worked in digital and video media. Later in her career she took up weaving and realized the synergies between digital and woven forms.

And then I bought the t-shirt.

Heading back I decided to walk the perimeter of Fan Pier. Apparently an old rail yard, the various Spurs arranged in a fan shape out toward the harbour. Across an old rusty bridge soft of converted to pedestrian traffic and back towards the aquarium.

But by the time I arrived it had lost its allure. I meandered into the market area I had transitioned yesterday and decided on a pint in an old Irish pub with a moderate tourist factor. Hmmm. 3 o’clock. I wonder if I can stretch this? I wonder if the train is running yet?

On the way back I passed through Faneull Hall, an old Boston meeting hall where apparently lots of Independence stuff occurred. Then down into Haymarket on on the Green C to head home.

Thai for dinner and then a movie (on Netflix).

L and I hit the Boston Public Library. Another great example of the benefit of mega millionaires and the philanthropic system. A beautiful building stuffed with books.

Then we hit the E line to the MFA and our fine art fix. Another large and lovely building, huge collection here is as filled with ‘classics’ as New York’s Met but we definitely aren’t going to get through it in a day.

We hit the musical instrument collection and then a fascinating collection of WWI propaganda posters including the original Uncle Sam which turns out to be a self portrait of the artist James Montgomery Flagg. Then it was off to the Europeans…

The old stuff is grand and all, but I continually surprise my pre-art-literate self with my attraction to Monet, Van Gogh and the other Impressionists. Ooh, and I found a new pointillist I like: Theodore Van Rysselberghe.

Then the Contemporaries with a little Pop Warhol, Chuck Close and some cool glass sculpture. Even some dirty silhouettes to show C when I get home.

And my legs, feet and joints are reminding me how old and how out of shape I am. Too many miles this weekend.

Turns out L is lost. That’s the only conclusion I can come to as she’s not in the designated meeting place nor in the Americas. I checked all 4 floors. She wasn’t there. That’s because she turned left into the antiquities after the first floor and voila, Lost Leslie!

We hit one more floor of the Americas and checked out some Tiffany glass and Arts and Crafts furniture and decor before being ushered politely from the premises.

We took the train down to the harbour and I showed Leslie the limited sights. Darkness comes early this time of year.

We headed back to the info booth for a pizza recommendation and then headed north to the ‘north side’ and Regina Pizza. After lots of twists and turns down narrow Europeanesque streets we arrived to find a line of 15 to 30 people waiting outside the door. So we about faced and went to Beneveto’s instead. Delicious bruschetta, a couple of pints and crispy Bianci pizza.

The game (Boston vs the Devils) was just starting so we headed out and home to soak my tired feet and call it a day.

Someone let the temp drop in Edmonton while we were gone. Shame! At least I though to pack a pair of gloves for chilly Boston. Huh.

Today is Boston–>Montreal–>(stopover in Ottawa)–>Edmonton. Hopefully I can finish up some movies.

Today is Remembrance Day. Veterans Day here in the US. As the Quebecers say: Je me souviens. Just not the things they do…

We left early and caught a cab to Logan. Not the best idea when flying Air Canada. Apparently they have their own little terminal and although the processing was quick and efficient, the terminal is small, crowed and without any retail. All they had was a coffe urn and some muffins. And because the cab ride etc. was so fast, we have close to 3 hours to burn. Sigh.

Then the short hop to Montreal. We looked for the Border Security camera crews, even hoped we would be pulled into secondary, but no dice. We are just too innocent looking. Out and back through security and then a nice Montreal smoked meat sandwich served by the grumpiest waitress ever. Par for English service in my experience.

Then it was onboard with a stopover in Ottawa before we head home to -13°. As they are refueling the plane we have to disembark there and wait 40 minutes. It seems no one in Ottawa drinks tap water because I can’t find a single water fountain anywhere. But at lest we get to enjoy the sunset.

I’ve decided on 22 Jump Street for my first movie but am indifferent to the second choice. Perhaps I’ll read… Naw.

And 4 hours of faulty sound finished the day and the trip. Home again!